Jet lag is a funny word with us. One of us is affected by it quite dramatically and the other brushes it off like dust. Any guesses on who’s who?

To truly explain what we mean, we must each share an anecdote with you.

I have never, ever experienced jet lag in all my years of travel. No matter where I went or where I came back from, my body would be able to adjust to the local time with tremendous ease. In fact, it’s sort of running joke amongst my friends that I never sleep or get tired. The truth is I do both, but significantly less than the average person. Thus, jet lag has never had an impact on me.

So, it was an absolute shock to my psyche when I returned from my trip to China (incidentaly my third trip to China), my body was crashing at random hours of the day. I initially associated my overwhelming sense of sleepiness to the illness I endured on the trip. For 16 days straight, I was incredibly sick and although my symptoms had largely disappeared upon my return, I presumed the lethargic feeling must have been an aftermath of that.

Unfortunately, all my close friends repeatedly pointed out that what I was really feeling was jet lag. I laughed, of course. Me and jet lag? Obviously not! I prided myself on never having felt jet lagged and I certainly wasn’t going to succumb to it now.

I mean, yes, I was passing out at all hours of the day, and it wasn’t even coinciding with nighttime in China, so it couldn’t have been that my body clock was still in China time zone. I mean, isn’t that what jet lag is? In an attempt to prove that I was right, I did some research (and by research I mean I consulted google) and the only thing I discovered was that the “recovery rate of one day per time zone crossed is a suggested guideline” (wiki), which means, I was going to need 13 days before my body would fully sync up with my current time zone. Yikes!

Despite the fact that everyone else was convinced that I was jet lagged, a small part of me thought, even hoped that my tiredness was related to my illness instead. But if I was wrong, and the vast number of naps I was taking since stepping onto the US soil compared to the number of naps I take in a year may have been an indicator that I was, then, just maybe this was jet lag.

Being a world traveler, it is easy to assume that I would be used to this by now. Fact is, I am not and it irritates Saadia, when I bring this topic up in a conversation. I get jet lagged if I travel over one time zone, let alone 13. On a recent trip to Calgary, a two time zone travel, I experienced jet lag that would have you believe I had crossed the entire globe several times over.

My body clock is so incredibly in sync with the concept of time that even the slightest difference affects me drastically. Not only will the two hour difference throw me off on the day of travel, but it will affect me months after my travel is over. Yes, it really is that serious.

Flying to Europe in particular is very crazy for me. Most of the flights that depart from East Coast (EWR – New Jersey) are either early evenings or at night, which means it gets to my European destination sometime in the morning! This sucks (for lack of better word) because it messes up my entire day! How can it not? And it doesn’t help that it is impossible for me to sleep on a plane, train, bus, car (basically any moving vehicle). So once I arrive at my destination, I am both unrested and hungry! And boy, when I get hungry, I can become just a tad bit irritable (Ha!). After all, sleep and food are the key ingredients for a (very) happy man! Right?

So needless to say, my travel days are a wash because it takes me the entire day to gather myself and attempt to be in my best element by the follow day. Attempt is the operative word here.

Want to know a funny tidbit? Having lived in the east coast (United States), whenever we switch to and from Daylight Savings Time (matter of an hour change), I struggle for weeks to adjust! No joke. No exaggeration. Just ask anyone who knows me.

So, questions for you readers;

This extreme case of jet lag (like Kapil experiences), is it bizarre?
The non-existence case of jet lag that Saadia experiences, is that equally strange?
Is there a cure for jet lag?
Do you get jet lagged when you travel?
If so, what do you do to snap out of it?
Share your feedback below, we’d love to hear from you.

And as always, Happy and Safe Travels! 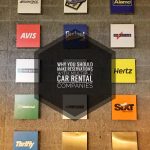 Why You Should Make Reservations with Multiple Car Rental CompaniesAirports, Georgia, In Transit, North America, USA 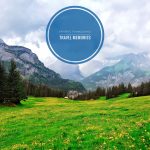 Favorite Thanksgiving Travel MemoriesEurope, Reflections, Switzerland
X
We use cookies to personalize content and ads, to provide social media features and to analyze our traffic. We also share information about your use of our site with our social media, advertising and analytics partners who may combine it with other information that you’ve provided to them or that they’ve collected from your use of their services. You consent to our cookies if you continue to use our website. Learn more