Homegoing was our February selection at SN Book Club.

Below we share the synopsis, break down what we enjoyed, what was a miss (if applicable), our favorite quotes, our rating, and finally, to whom we would recommend the book.

Since we read all our books with our readers (not before them), sometimes we discover books that are a hit and, every now and again, a miss.

We hope you enjoy reading with us each month!

A novel of breathtaking sweep and emotional power that traces three hundred years in Ghana and along the way also becomes a truly great American novel. Extraordinary for its exquisite language, its implacable sorrow, its soaring beauty, and for its monumental portrait of the forces that shape families and nations, Homegoing heralds the arrival of a major new voice in contemporary fiction.

Two half-sisters, Effia and Esi, are born into different villages in eighteenth-century Ghana. Effia is married off to an Englishman and lives in comfort in the palatial rooms of Cape Coast Castle. Unbeknownst to Effia, her sister, Esi, is imprisoned beneath her in the castle’s dungeons, sold with thousands of others into the Gold Coast’s booming slave trade, and shipped off to America, where her children and grandchildren will be raised in slavery. One thread of Homegoing follows Effia’s descendants through centuries of warfare in Ghana, as the Fante and Asante nations wrestle with the slave trade and British colonization. The other thread follows Esi and her children into America. From the plantations of the South to the Civil War and the Great Migration, from the coal mines of Pratt City, Alabama, to the jazz clubs and dope houses of twentieth-century Harlem, right up through the present day, Homegoing makes history visceral, and captures, with singular and stunning immediacy, how the memory of captivity came to be inscribed in the soul of a nation.

Generation after generation, Yaa Gyasi’s magisterial first novel sets the fate of the individual against the obliterating movements of time, delivering unforgettable characters whose lives were shaped by historical forces beyond their control. Homegoing is a tremendous reading experience, not to be missed, by an astonishingly gifted young writer.

It is hard to believe that this was Yaa Gyasi’s debut novel! Absolutely breathtaking from start to finish! How she articulates 300 years of history so intricately in 300 pages is a mastery. The story was devastating as it was beautiful. Though this is a work of fiction, it was an eye opening novel about the history of African slavery, especially from Ghana and the flip-side of how life for those remaining in Ghana was also dramatically changed due to the Western influence.

There are parts of this book that was difficult to get through because of its rawness. From start to finish, you, as the reader, are invested in every character and their individual stories. There are beautiful proses in the book. Despite the transition from the 18th century until the present day, the striking similarities in the undertones of the characters’ lives really sit with you long after you close the book.

One of the most helpful parts of the book was the family tree at the beginning! We found ourselves referring back to that many times throughout the chapters. It would have been impossible to keep all the characters and their lineage straight otherwise.

“You can learn anything when you have to learn it. You could learn to fly if it meant you would live another day.”

“You want to know what weakness is? Weakness is treating someone as though they belong to you. Strength is knowing that everyone belongs to themselves.”

“We believe the one who has the power. He is the one who gets to write the story. So when you study history, you must always ask yourself, Whose story am I missing? Whose voice was suppressed so that this voice could come forth? Once you have figured that out, you must find that story too. From there, you begin to get a clearer, yet still imperfect, picture.”

“How many times could he pick himself up off the dirty floor of a jail cell? How many hours could he spend marching? How many bruises could he collect from the police? How many letters to the mayor, governor, president could he send? How many more days would it take to get something to change? And when it changed, would it change? Would America be any different, or would it be mostly the same?”

We recommend this book to anyone who wants to step into 300 years of family history. Anyone who wants to understand the lives of Ghanaians whose lives were uprooted and the dangerous circumstances they each had to endure both in their home country because of the British occupation and the slave trade to the Americas. Though a work of historical fiction, there is much to learn, reflect, ponder. Despite the centuries past, many fundamental changes remain to be made in our society today. 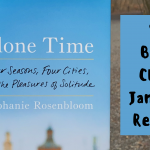 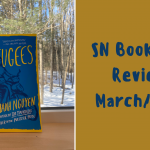 SN Book Club Review: The Refugees by Viet Thanh NguyenSN Book Club Reviews
X
We use cookies to personalize content and ads, to provide social media features and to analyze our traffic. We also share information about your use of our site with our social media, advertising and analytics partners who may combine it with other information that you’ve provided to them or that they’ve collected from your use of their services. You consent to our cookies if you continue to use our website. Learn more