Alone Time was our January selection at SN Book Club. Below we share the synopsis (as per Goodreads), then we break down what we enjoyed, what was a miss, our favorite quotes, and finally, our rating. See our rating system below.

Since we read all our books WITH our readers (not before them), sometimes we discover books that are a hit and, every now and again, a miss.

We hope you enjoy reading with us each month!

In our increasingly frantic daily lives, many people are genuinely fearful of the prospect of solitude, but time alone can be both rich and restorative, especially when travelling. Through on-the-ground reporting and recounting the experiences of artists, writers, and innovators who cherished solitude, Stephanie Rosenbloom considers how being alone as a traveller–and even in one’s own city–is conducive to becoming acutely aware of the sensual details of the world–patterns, textures, colors, tastes, sounds–in ways that are difficult to do in the company of others.

Alone Time is divided into four parts, each set in a different city, in a different season, in a single year. The destinations–Paris, Istanbul, Florence, New York–are all pedestrian-friendly, allowing travelers to slow down and appreciate casual pleasures instead hurtling through museums and posting photos to Instagram. Each section spotlights a different theme associated with the joys and benefits of time alone and how it can enable people to enrich their lives–facilitating creativity, learning, self-reliance, as well as the ability to experiment and change. Rosenbloom incorporates insights from psychologists and sociologists who have studied solitude and happiness, and explores such topics as dining alone, learning to savor, discovering interests and passions, and finding or creating silent spaces. Her engaging and elegant prose makes Alone Timeas warmly intimate an account as the details of a trip shared by a beloved friend–and will have its many readers eager to set off on their own solo adventures.

Stephanie Rosenbloom does justice to showing the readers Paris through the ideas of a solo traveler. Often seen and advertised as a romantic destination, Paris can get overlooked when it comes to the plethora of offerings the city has for the solo traveler. Having been to Paris several times together and alone, we found reading this section to be an instant call to return to the elegant city!

Rosenbloom spends 1/3 of the book talking about Paris, and as a result, this section showcases her best writing. It is evident that she loves Paris, perhaps more than any other city mentioned in this book.

Her capture of Florence being crowded, touristy and constantly filled with people in every direction is also very accurate. Even though we visited during a different season than Rosembloom, our experience of navigating the city was much the same.

The book includes excellent research notes and 17 pages of tips (at the end of the book), which are incredibly helpful for not just solo travelers but all types of travelers!

What Was A Miss:

As beautifully as Paris was captured in the book, the two subsequent cities, Istanbul and Florence, felt short and rushed. Despite spending seven days in each city, just like Paris, the shorter pages dedicated to each city displayed a lack of interest in these destinations.

Florence felt like a complaint, and Istanbul often came across as a personal disconnect for the author – and perhaps that was indeed the case.

Though a sizably smaller chunk than Paris, the New York City chapters had a certain amount of connection and depth, which was missing in the previous two cities, which made sense given that this was Rosenbloom’s home city.

Page breakdown of each city:

The disparity is rather obvious.

We had a ton of quotes we bookmarked as we read (clearly evident from the photo below). Here are a few of our favorites:

One method, particularly useful for travelers, involves what Fred B. Bryant called “temporal awareness” reminding ourselves that the moment won’t last, that’s so in the mail will be gone or the triple end. It may seem counterintuitive, but awareness that something is fleeting tensed increase our enjoyment of it, for is Bryant explained, when time gets scarce, it heightens motivation. It’s the truth behind the maximum about only knowing what you’ve got when it’s gone. And one trick to preventing that from happening, bright side, it’s a treat the moment were in as if it’s the last of a lifetime.

People who become skilled at “capturing the joy of the present moment,” as the psychologist Sonja Lyubomirsky at the University of California, Riverside, has written, are also “less likely to experience depression, stress, guilt and shame.”

“How can one keep one’s enthusiasm concentrated on a subject when one is always at the mercy of other people and in constant need of their society?” he wondered in his journal. “The things we experience for ourselves when we are alone are much stronger and much fresher.”

After all, it wasn’t uncommon for early women explorers to have a taste of solitude. Take Marianne North, the Englishwoman who in the 1800s circumnavigated the globe unaccompanied, spending thirteen years traveling and skirting Victorian convention.

In life, he spent a good deal of time alone. Because he could withdraw comfortably into solitude, some people considered him arrogant; others thought he was bizarre, Ascanio Condivi, a fellow Florentine painter and his biographer, tells us. But he believed Michelangelo was neither. While his work made him solitary, Condivi said it “afforded him such delight and fulfillment that the company of others not only failed to satisfy him but even distressed him, as if it distracted him from his meditation,”

“We generally do not think about today’s ordinary moments as experiences that are worthy of being rediscovered in the future,” lead researcher Ting Zhang told the Association for Psychological Science. “However, our studies show that we are often wrong: What is ordinary now actually becomes more extraordinary in the future—and more extraordinary than we might expect.”

Thank you for reading Alone Time with us! Please join us in reading our February Book Club Pick!

Until next month, Happy Reading! 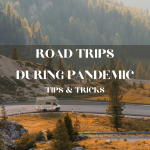 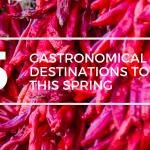 5 Gastronomical USA Destinations to Visit This SpringArizona, Georgia, Louisiana, Nevada, New Mexico, North America, Pandemic, Travel Tips, USA
X
We use cookies to personalize content and ads, to provide social media features and to analyze our traffic. We also share information about your use of our site with our social media, advertising and analytics partners who may combine it with other information that you’ve provided to them or that they’ve collected from your use of their services. You consent to our cookies if you continue to use our website. Learn more