“Sandy Hook Light is a reminder of our rich maritime history and is still an important aid to navigation at the entrance to New York harbor.” – U.S. Coast Guard

Two years ago, during National Park Service‘s #FindYourPark campaign of the Centennial celebration, we sought out to find out how many national parks were in our vicinity. Turns out, there are over three dozen national parks, historic parks, landmarks and monuments within a 100-mile radius, majority of which we had no idea about! Today, we’d like to share one that is very dear to our country and fortunately for us, very near, the Sandy Hook Light.

The Sandy Hook Lighthouse, is located on the shores of Sandy Hook, New Jersey and is the oldest continuously operating lighthouse in the United States. Designed by Isaac Conro, it was built on June 11, 1764, a whopping 254 years ago. 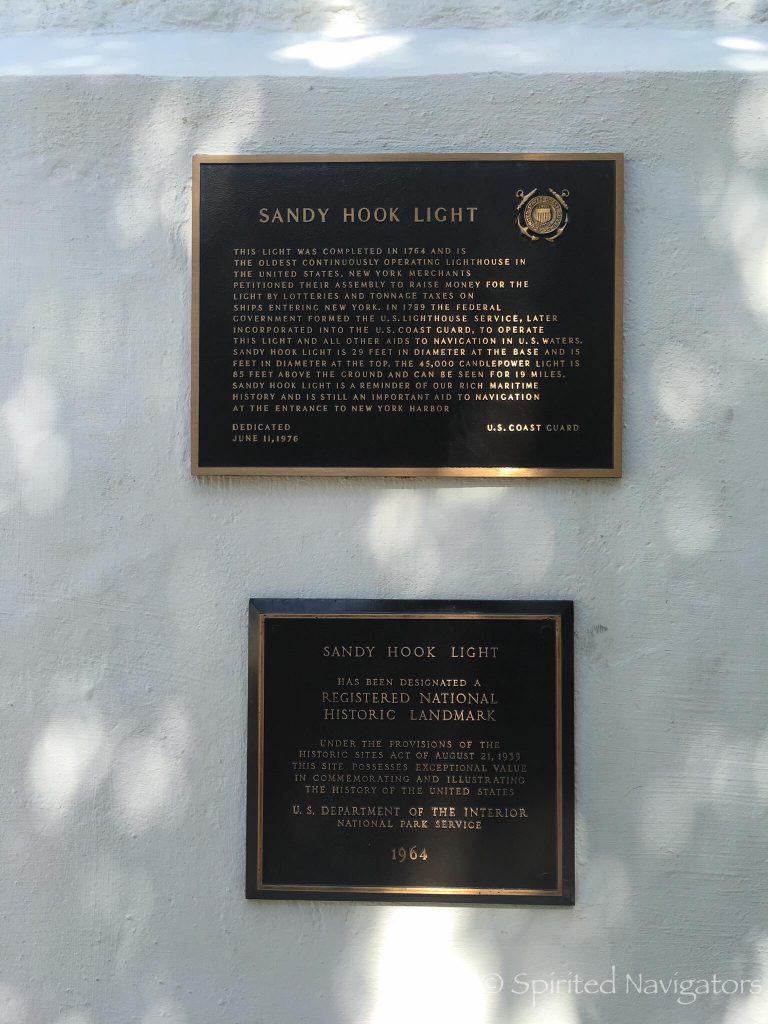 Suggestions to build a lighthouse at the tip of Sandy Hook began as early as 1679. However, it was not until several shipwrecks occurred during the first three months in 1761, that the decision to build one was taken. On March 13, 1761, forty-three prominent New York merchants successfully petitioned Caldweller Colden, President of His Majesty’s Council of New York, for a lighthouse to mark the entrance to New York Harbor. Lotteries and tonnage taxes on ships entering New York were used to raise money for the structure.

The tower was lighted by whale oil lamps and by mirrors which reflected the lamps’ light. It was later replaced with kerosene and eventually electrified in the 1920s. The mirrors were replaced with Fresnel lens in 1857 and still in use today.

Built as one of 11 lighthouses in the 13 colonies, it is the only one that has stood the test of time. With the exception for being darkened during the Civil War, Spanish-American War, World War I and II, the beacon has been operating ever since. It was designated a registered National Historic Landmark in 1964 under the provisions of the Historic Sites Act of August 1935. In 1990, the U.S. Postal Service issued a 25 cent stamp featuring the Sandy Hook Lighthouse. 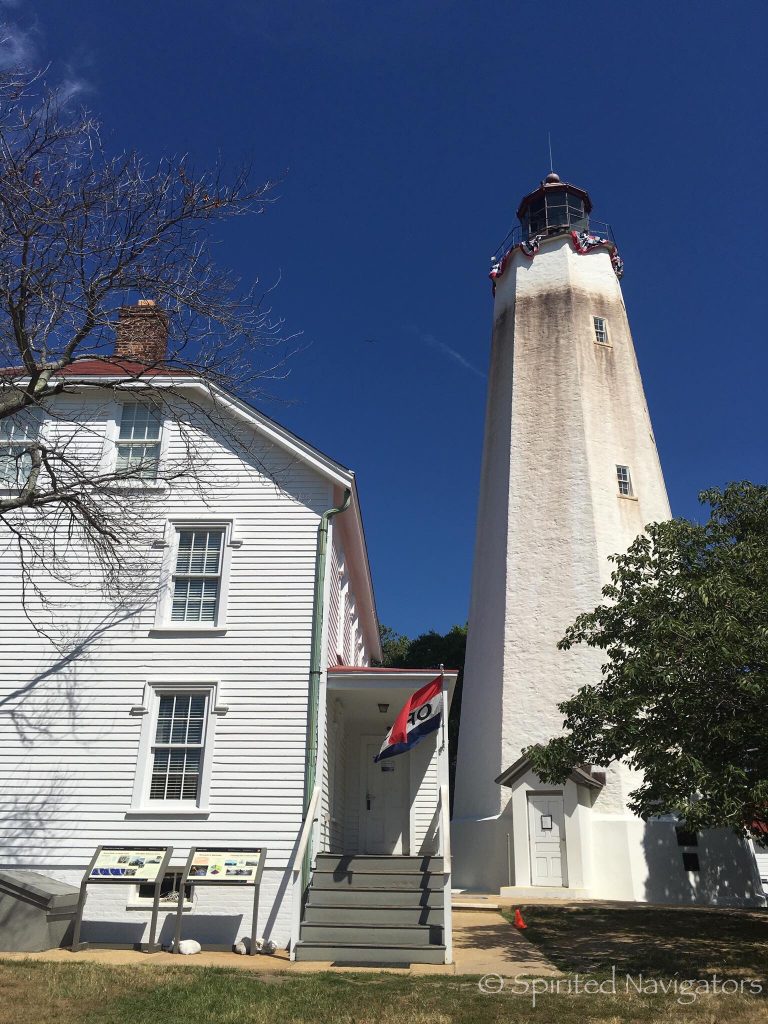 The lighthouse is located on the grounds of Fort Hancock. The National Park Service owns the tower and the U.S. Coast Guard maintains the light. The lighthouse used to be at the tip of Sandy Hook (only 500 feet from the shore line), however, due to longshore drift (geographical process causing sediments to move along the shore), it is now almost 1.5 miles inland from the tip and landlocked! Today, the Light remains a part of the navigational aid system that guide ships through the harbor.

29 feet in diameter at the base

15 feet in diameter at the top

19 miles of light visibility out to sea 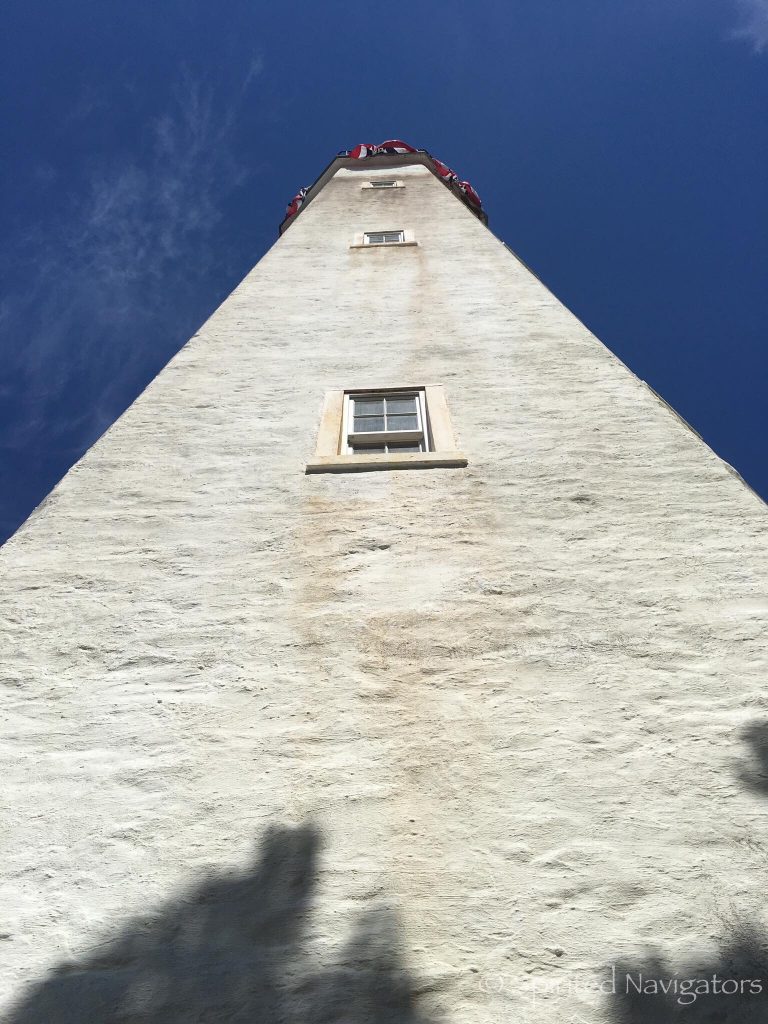 The Sandy Hook Light is part of Gateway National Recreation Area and offers many activities for families. From beautiful & secluded beaches, bike rentals, bird watching, surfing, boating, camping, and paddling, Sandy Hook has something for everyone.

Tours: The National Park Service park rangers offer free tours every half hour between 1:00pm-4:00pm daily. Children must be at least 48 inches tall to climb the tower.

EarthCam: For panaromic, archives and live streams with several unique views of the lighthouse and surrounding park areas, check out the EarthCam.

Have you been to the Sandy Hook Light? What did you think of it? Share below!

For everyone else, if you are ever in the east coast, definitely stop by and pay a visit to our oldest operating lighthouse. It’ll be happy to see you. 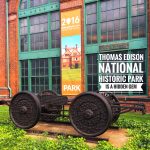 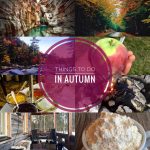 Things To Do in AutumnArizona, Europe, Finland, France, Germany, Maine, New Jersey, New York, North America, Top List, USA
X
We use cookies to personalize content and ads, to provide social media features and to analyze our traffic. We also share information about your use of our site with our social media, advertising and analytics partners who may combine it with other information that you’ve provided to them or that they’ve collected from your use of their services. You consent to our cookies if you continue to use our website. Learn more