Just flew Turkish Airlines four times (for the first time) this year and was so incredibly pleased with almost all aspects of the flight(s)! Turkish Airlines is ranked no. 7 on the top 100 airlines in the world list (skytrax 2016).

This is one of the two reasons we say almost. It was quite clear that there were several new employees learning the ropes during check-in and boarding process at JFK, which in and itself was no big deal. However, their clear lack of communication with each other, led to repeat passport check process for some boarding groups while none for others. This resulted in an incredibly delayed and unpleasant boarding process. Regardless, once on the plane, everything changed and that’s what this post is about.

The aircraft was so colorful, from the seats to the headrests that if it wasn’t for the rush to board and find our seats, we would’ve taken some photos. Once at our seats on the Airbus 330, we were greeted with a blanket, headphones and pillow. Already impressed since two out of three of those things are usually missing in North American long haul flights. Quite impressed with the seat monitor; it was so informative!

Features on the monitor:

◦live outside camera throughout the flight with two views: forward & downward

The monitor also had a USB port, Ethernet port and a VGA port. In addition, a hook to hang your coat or other lightweight items.

The seats reclined more than any United flight we’ve ever been on and there were foot stools! Ah, comfort.

Shortly after take off, we were given a small pouch filled with goodies to make our in-flight experience more comfortable:

And this was all in plain ‘ol economy.

The absolute best part of flying with Turkish Airline has to be the food. Upon boarding, within 15 minutes of take off, we were given individual packaged Turkish delight, followed by drinks and a packet of hazelnut. Shortly after, we were handed a menu which featured dinner, breakfast and the anytime meal options.

There were two full meal services: dinner and breakfast. For dinner, we opted for the chicken and potato (alternative was spinach cannoli). It was served with an appetizer (smoked salmon and artichoke), salad (babaganoush with tabouleh), bread, and dessert (tiramisu). One of the best meals I’ve had on a plane. EVA Air still wins for the best meal.

For breakfast, we were served scrambled eggs with smoked turkey and potatoes, platter of cheese and tomatoes/cucumber, bread with butter and jam, and an assortment of beverage options, as usual.

Did I mention that they give you real utensils? That’s right – not the cheap, plastic stuff.

The service was outstanding, the crew was pleasant and never said no to any requests by any passengers – and you know how demanding some can be.

The other reason for the almost perfect experience was the inflight cabin temperature. During the first flight, I admit I thought it was my fault for wearing a turtle neck sweater because the aircraft felt like a sauna; which is not a bearable feat when you’re flying some 8-9 hours. A cooler aircraft is always more preferable than a warmer, at least with the former you can throw on piles of blankets, if needed.

However, after the second, third and fourth flights, it was very clear that Turkish Airline simply kept all their cabins warmer than average. Word of advice: dress in light layers so you have the ability to take things off when you need to.

In Istanbul, we had less than 50 minutes before our connection and it was extremely helpful and a huge relief to have the inflight monitor display connecting flight information (flight number, time of departure and gate) with live updates.  Upon landing, we noticed, much to our horror, that we were taxiing away from the gates, which meant a bus ride would be involved. At this point, there was only 25 minutes till our connecting flight. We were mentally preparing to miss the flight because boarding began an hour before the flight departure time.

Once the bus pulled up to the gate (312A), we realized that our gate (300) couldn’t be too far. We were pleasantly surprised to see that the process to go from one gate to another, through the international check point took less than three minutes. Couldn’t believe it! We were going to make our connection! Once at the connecting flight gate, we made the very last bus to board our second flight. If the same scenario had occurred on an US carrier, it would’ve resulted in a missed flight.

Suffice to say both the 3rd and 4th flights with Turkish Airlines were just as consistent. Turkish Airlines, you have our vote! Just do something about the heat in your aircraft.

Going forward, we are going to stick to flying European and Asian airlines whenever possible. 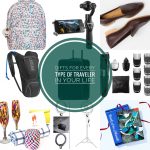 Gifts for Every Type of Traveler in your LifeReviews, Travel Gifts
X
We use cookies to personalize content and ads, to provide social media features and to analyze our traffic. We also share information about your use of our site with our social media, advertising and analytics partners who may combine it with other information that you’ve provided to them or that they’ve collected from your use of their services. You consent to our cookies if you continue to use our website. Learn more