On November 25, the sleepy town of Newton, New Jersey transformed into Diagon Alley, the make believe wizarding alley and shopping area of the Harry Potter series, magically situated in London. Organized by Spring St Merchants Circle, the festivities kicked off with the annual holiday parade at 10am and continued onwards until 5:00pm. Spring Street, the town’s three-block tiny street had local stores and restaurants transform into popular places from Harry Potter’s fictional world like The Leaky Cauldron, Ollivanders, Weasley’s Wizard Wheezes, The Great Hall & more. Coincidently, the event fell on Small Business Saturday, making it the perfect combination of both. 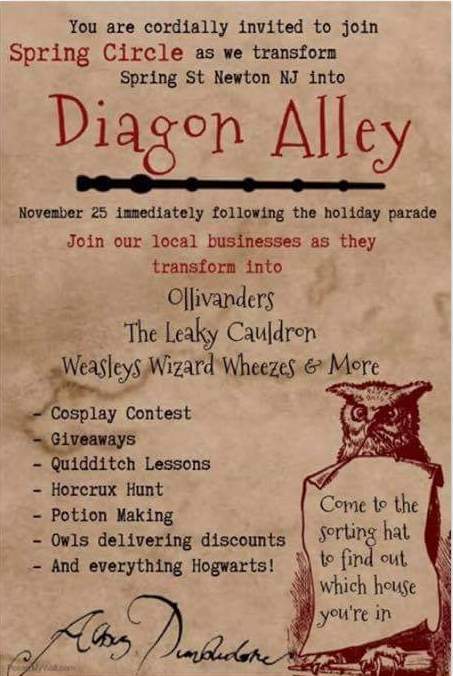 As major Harry Potter fans, we joined 35,000 other people who showed up to this 3.169 sq mi, population of 7,000 town. As you may be able to deduce, an increase of 5x its population was something the town was NOT prepared to handle.

The truth is, although the intentions were great, the event itself was a massive disappointment. We arrived shortly after 11am, and the lines for every store and restaurant that was in “character” were hours (& hours) long. In fact, the lines were so long that half the time we had no idea what store the line was for. 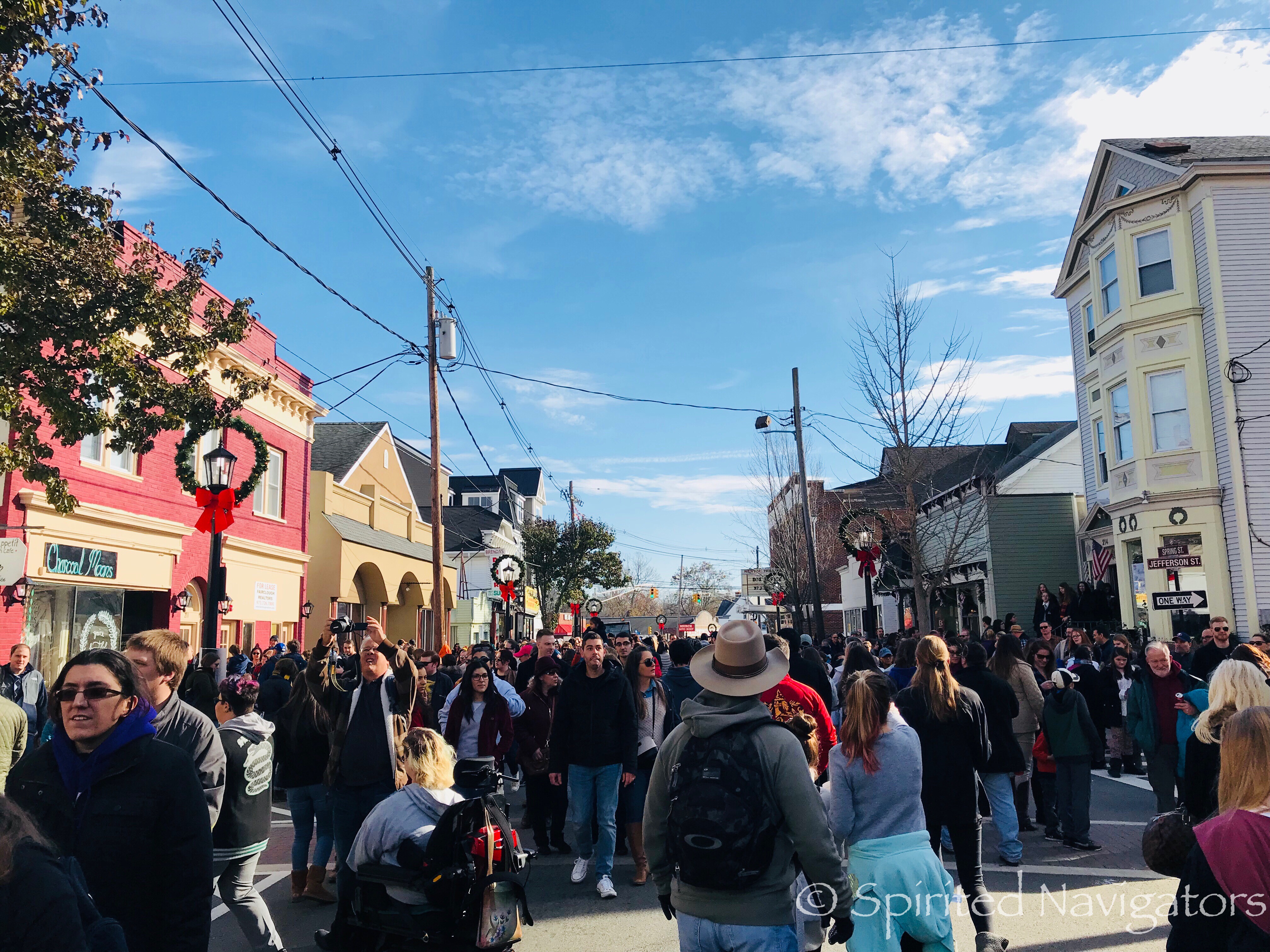 Everywhere you look, all you could see is the crowd

The street itself did not have decorations at all to suggest we were in Diagon Alley. The store fronts made some efforts to get into the mood, but if you are a diehard Harry Potter fan, you would be hard pressed to call it adequate, let alone impressive. Some stores that were closed and not actively partaking in the festivities had a few posters here and there, but it was so dismal that if you blinked, you would surely miss it. 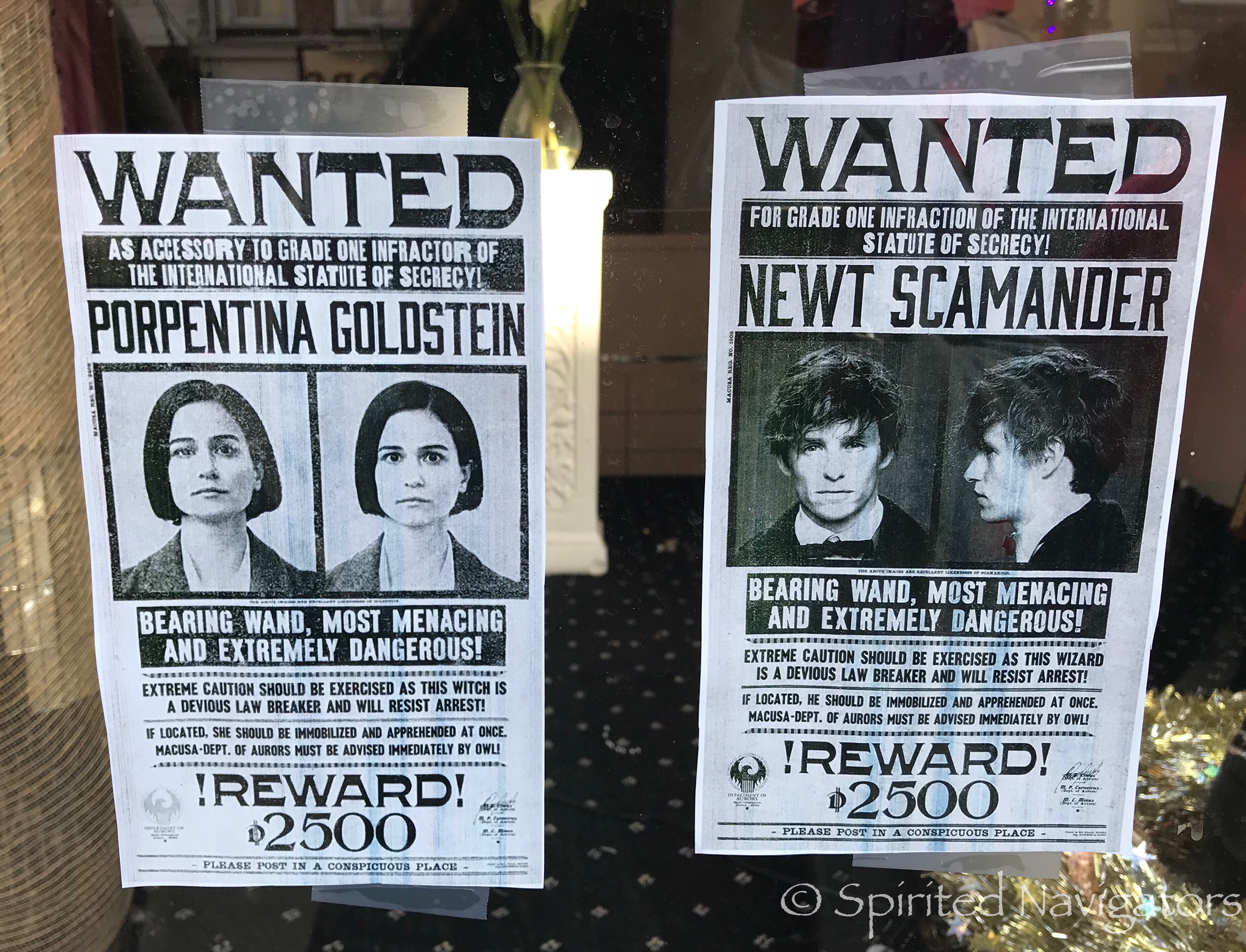 We heard many people on the streets say they expected more, wished it was outdoors, complained that the town was not well prepared at all. Understandably, a small street (and town) such as this would not be able to handle 35K people no matter how much they prepared, but the a lot of things would have run more smoothly (like the lines for instance). Having decorations on the street and vendors outdoors would have eased the foot traffic and made it fun for the thousands of us that could not get inside a single of the listed Harry Potter venues. 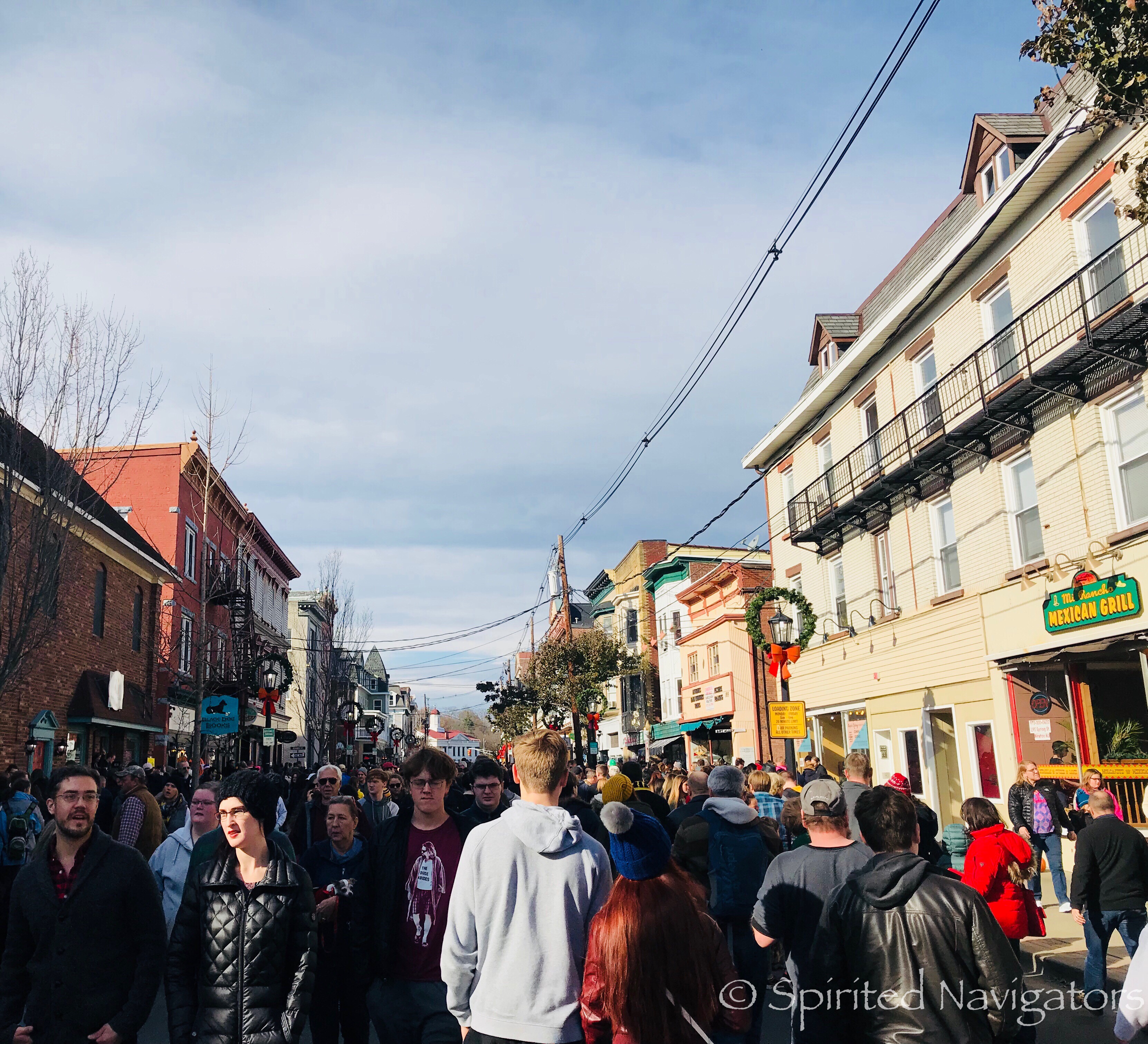 Crowds as far as your eyes could see

We saw some people walk around with a white piece of paper, which apparently had the listing of all the local stores and their transformation aliases, but we could not locate the source of this mysterious handout. If you walked away from the main street a little bit (probably in search of a restaurant you could get into or a restroom), then you more than likely came across the Hayek’s Market. They had a sign that said “Muggles Welcome” (muggles is the wizarding term for non magic people). We decided to venture in with hopes of grabbing some delicious meals – the food was pretty good and they had a few dishes named after Harry’s world/friends, Dragon’s Puff (a puff pastry dish filled with beef and vegetables), Hagrid’s Stoat Sandwich (roast beef on ciabatta), Sausage, Potter Peppers & Onions (just the way it sounds, “Potter Pepper” is just a play on the name), and Mrs. Weasley’s corn beef (corn beef with whole grain mustard). They had some sweets that were named after the golden snitch and dragon blood and we are not suggesting they needed to be made-from-scratch desserts, but the display could have used some oomph. 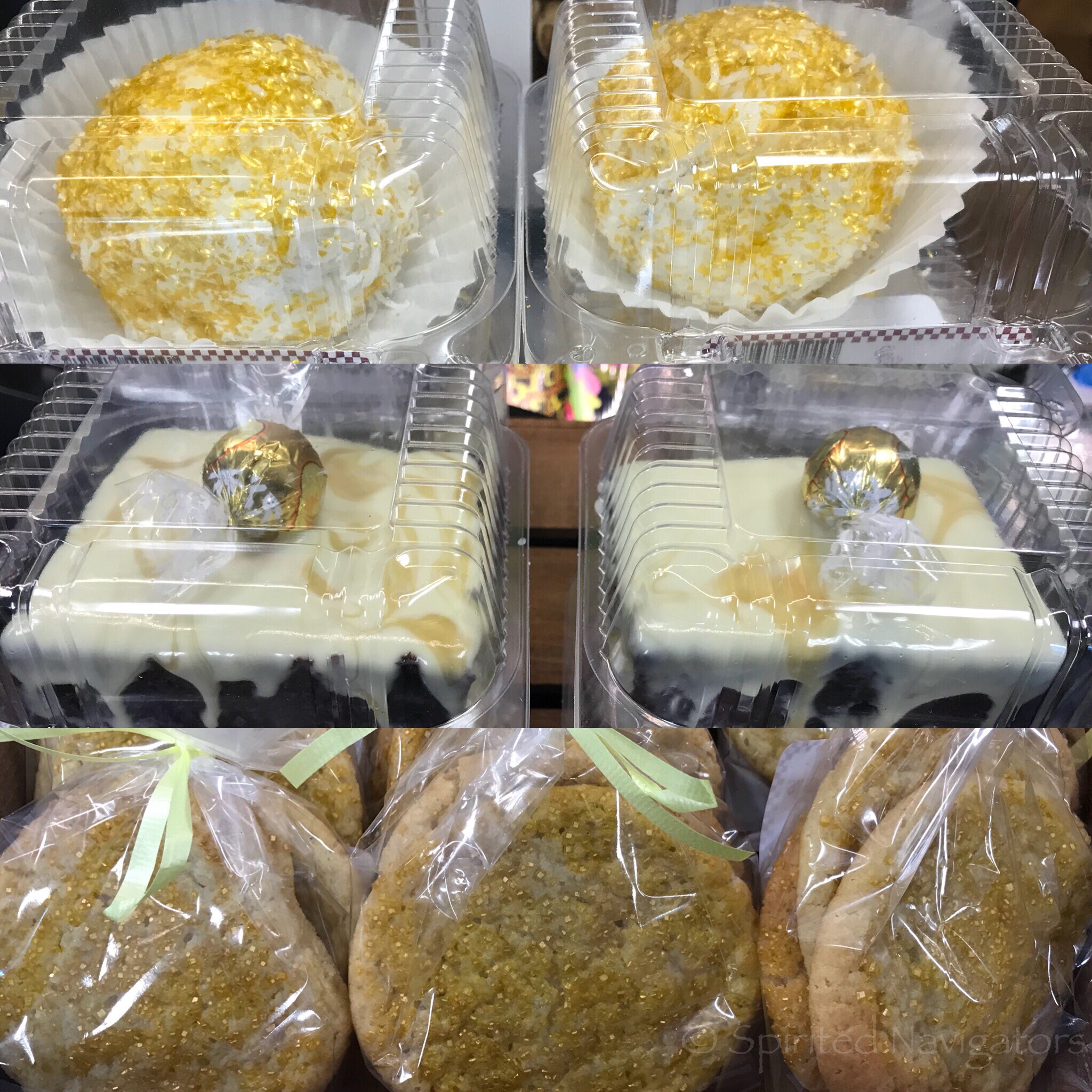 Parking was not properly arranged or coordinated. Some people parked as far as 1 mile away because most of the area was a no parking zone. Given the volume of cars, some distance is expected. However, the town could have easily allowed parking in the streets closer to the event for one day without imposing a “20 minute limit” as we saw in many places.  This was not the most disorganized part of the event, so we were not upset about walking, but we heard plenty of people on the road who were. It was especially difficult for vehicles needing handicapped parking spots.

In addition to the Harry Potter related events, Christmas was in the spirit too – there were carolers singing in front of the Fire Museum. Located midway of Spring Street, this would have been an excellent location to hand out information about the event (like those mysterious white papers we mentioned earlier). 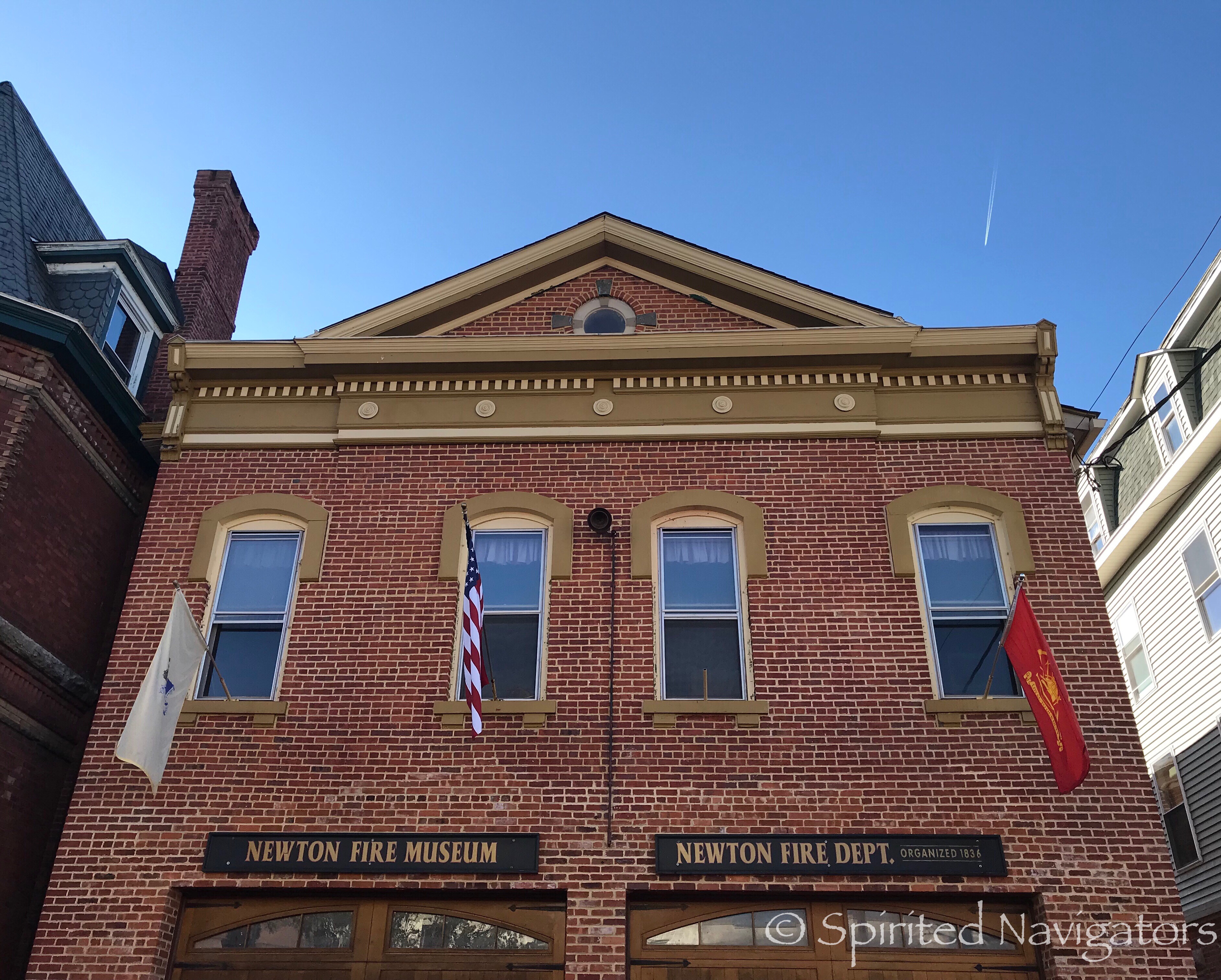 But it was not all negative. In fact, the BEST part of the events were the fans who dressed up and got into the spirit. Almost everyone had some form of Harry Potter paraphernalia on them, and some stood out even in the crowds because they looked like they had walked straight out of the pages of the books. We loved seeing the magic these books (and movies) instilled upon us (the fans) and continuing to play such a big part of our lives. It was a community coming together for a reunion – not the community of Newton, but the community of Harry Potter loyals! 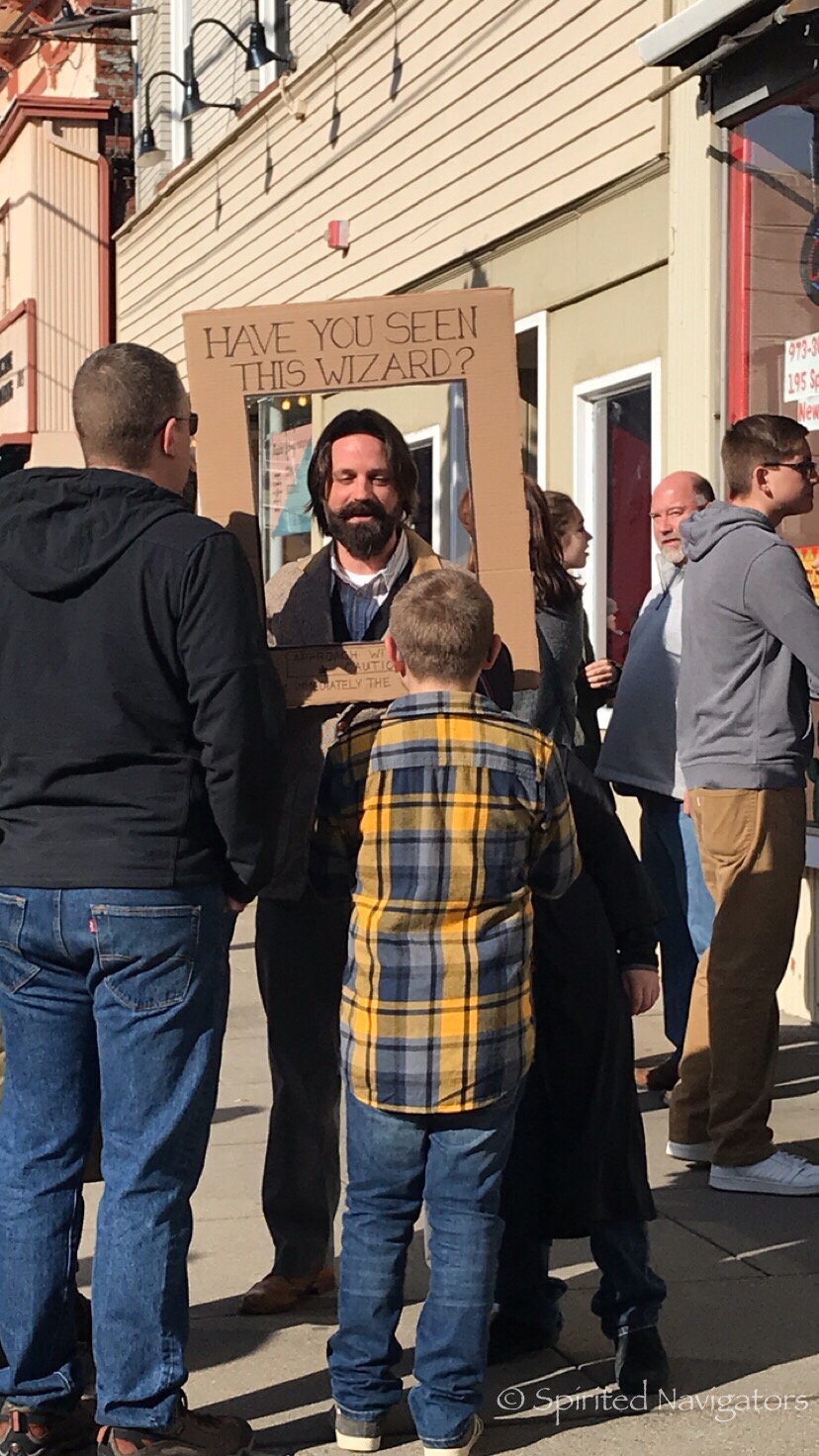 Suggestions for the Next Time:

Would we go again if this turns out to be an annual occurrence?

The answer is, Yes. We would give it another shot because it was evident the town did not expect the turnout. As a result, they are bound to make some changes. Having said that, we do hope that Diagon Alley will feel and look more like Diagon Alley.

Best wishes for future Harry Potter events to the town of Newton! I think they saw first hand the influence Harry Potter has had on its fans; we are not a group of few, we have enough people to be our own country!

Have you seen small towns transform into the world of Harry Potter successfully? Tell us where!

If you liked this article, please pin the image below! 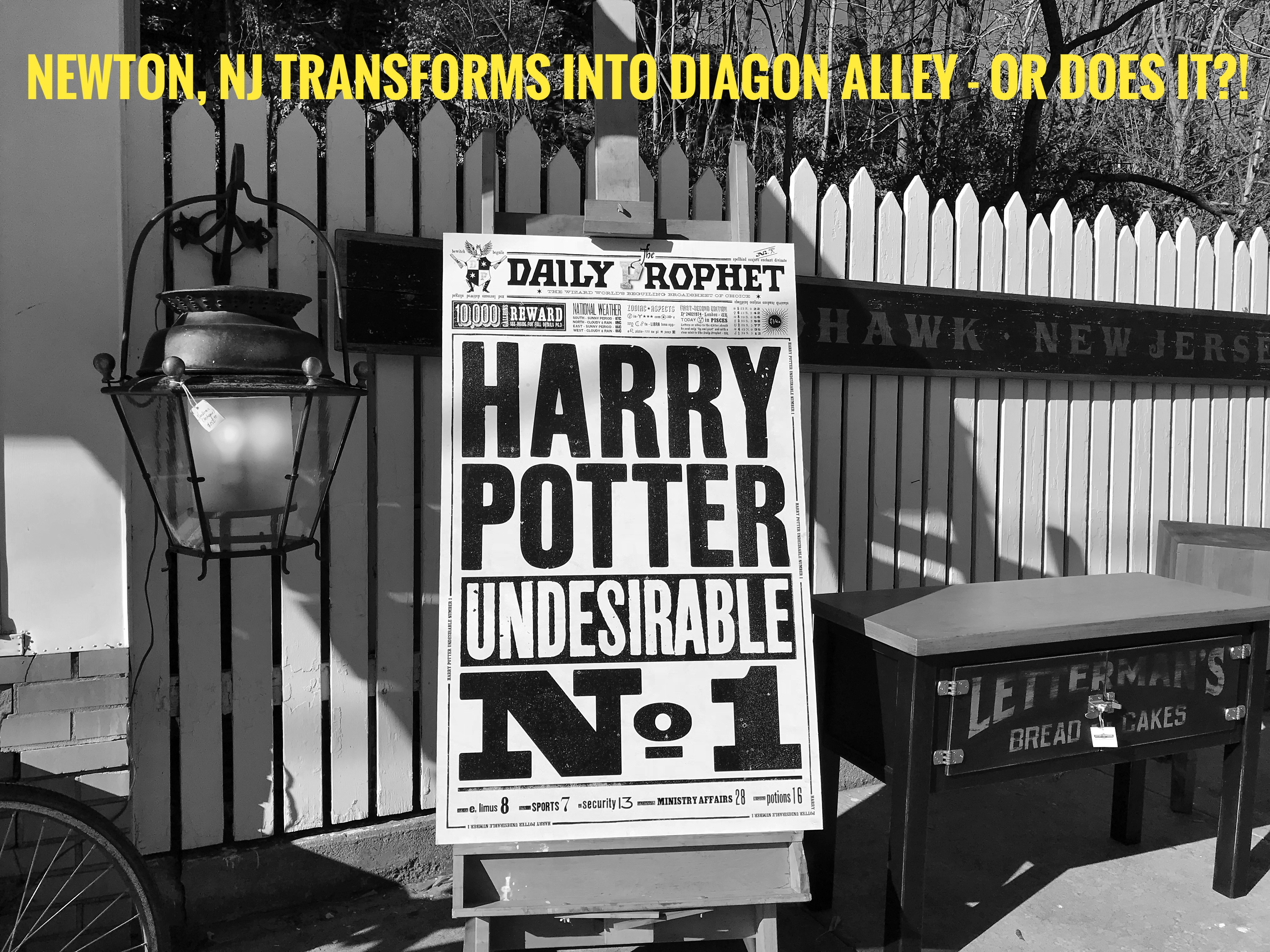 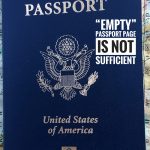 “Empty” Passport Page Is Not SufficientAsia, China, New York, North America, USA
X
We use cookies to personalize content and ads, to provide social media features and to analyze our traffic. We also share information about your use of our site with our social media, advertising and analytics partners who may combine it with other information that you’ve provided to them or that they’ve collected from your use of their services. You consent to our cookies if you continue to use our website. Learn more